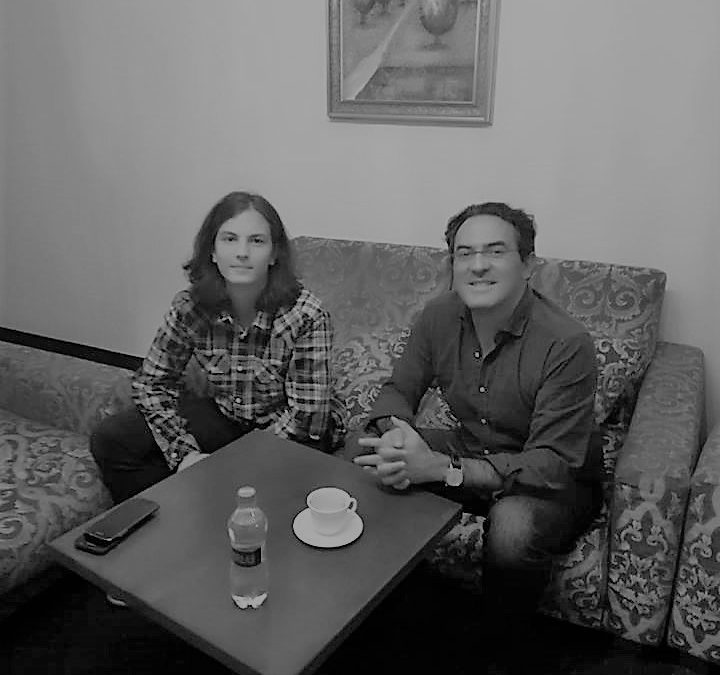 Luca Dragu: You are a Columbian writer who lived in several cities and countries. How did that affect your work?

Juan Gabriel Vasquez: The experience of living in my country was very important to me. I left in 1996, when I was 23 and the reason I thought I was leaving was that I was going to become a writer. And there is this condition between Latin American writers, in which writers leave their country in order to become writers. This seems to be a better way to write about their country. Garcia Marquez, the best Colombian novelist wrote 100 years of solitude in Mexico.  So, we have this idea, that we have to leave in order to become writers. In my case, I think the three years I’ve spent in France, the thirteen years I’ve spent in Spain shaped my understanding of my work and they gave me a certain removal, that was necessary to exploit in fiction. And also, they allowed me to develop a certain relationship with my work. A relationship of discipline, of worth, of solitude, which is necessary for writing novels.  So, I cannot think of my work separated from the fact that I love my country. I think it was absolutely necessary that I leave my country in order to write the books that I have written.

L.D: I know that you have moved back to Bogota a couple of years ago. How did you find your hometown two decades after you left it? Why have you decided to move back now?

J.G.V: Well, I decided to move back to Columbia for family reasons, personal reasons, that had to do more with my wife’s life and my own, my wife’s family. But I thought it was a great moment to go back, because I have young daughters and I wanted them to experience childhood in Columbia in the same way I had experienced childhood in Columbia. What I didn’t foresee was the fact that just after arriving in Columbia, in 2012, something very important for the history of the country would happen and it was the beginning of the peace negotiation between the Columbian government and the Marxist Guerilla, to end a war that has been going on in Columbia since 1964. So, I went back to Columbia for personal reasons, but I have stayed out of a sense of responsibility. Not only to participate in this public conversation about the peace negotiation but to defend the peace negotiation, to defend the idea of negotiating a way out of the country. And it has been very important for me, to support the efforts that our beings carried out by a group of people to end the war in Columbia, through this negotiation.

L.D : Is it true that in every book you insert a character based on someone you know, someone from your everyday life? If yes, how do these people feel about that?

J.G.V: Yes. They always know about it. In my last novel, The Shape of Ruins, I inserted myself as a character. So the book is narrated from the point of view of a writer called Juan Gabriel Vasquez, whose biography is the same as mine and this character needs this doctor and that doctor in the novel is based on a real doctor I really met and of course, to use his life and use his personal stories and things that happened to him in my fiction, I asked permission, I was not so reckless. So, every time I use a character to build a novel, every time I use a real-life person to build a character around him, I talk to them, I interview them even, and so they know they will end up in the book. And I think most of the time, they like it.